This article describes the internal calculations for color and tone adjustments.

To adjust colors, brightness and contrast of a raster image or set a gamma value use the settings in the color dialog. It opens, when an image is selected.

These settings are written to the file, but the image itself is not altered. Therefore you can use these filters not only for embedded images but for linked ones as well.

The colors are defined in a 8-bit RGB color space. The color of a pixel is a vector with a red component, a green component, and a blue component, each with integer values in the interval [0‥255].

A filter can be described by a function. Input parameter is the original color or the output of another filter. The resulting output is the rendered color or the input to another filter. You can illustrate the relationship between input color and output color by a function graph in a coordinate system with the input color on the x-axis and the output color on the y-axis. If no filter is applied, the function graph is a straight line in 45 degree to the x-axis. 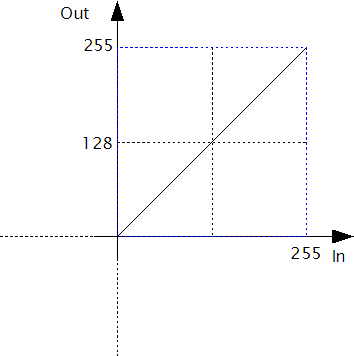 The filter function is linear. Its slope is calculated by 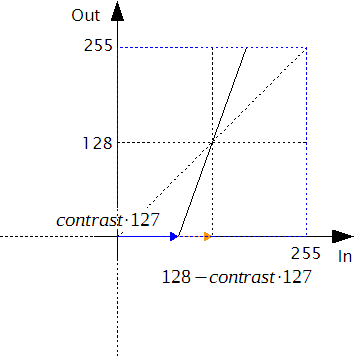 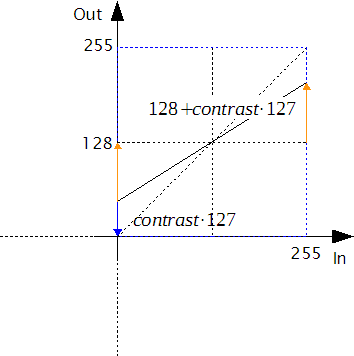 The value 128 is not affected by this filter. So the resulting function has the term 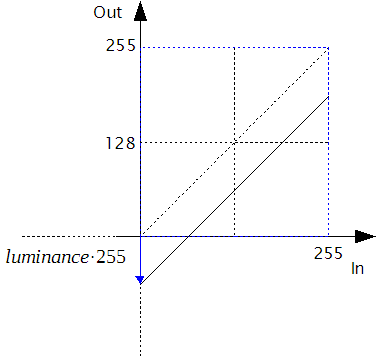 The rendered color blueOut is rounded to integer and constrained to the interval [0‥255].

This filter is not applied to an alpha-channel, which might be present.

The adjustments here are applied before changes, which are induced by the gamma value.

The gamma filter provides a non-linear filter, which mainly affects the contrast of the mid-tones. It can be used for a manually gamma correction for special output devices or environments. This filter is applied to all color channels at the same time.

Because 0InverseGamma=0 and 1InverseGamma=1, very dark colors and very bright colors are less affected than mid-tones. 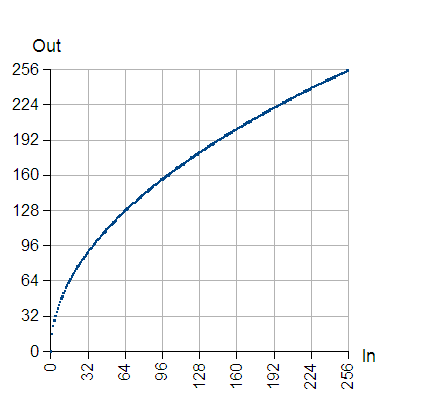 This filter is not applied to an alpha-channel, if any.