How can I suppress unwanted blank characters?

Context: after importing from an external table, some fields are filled with unwanted spaces before and after the text. 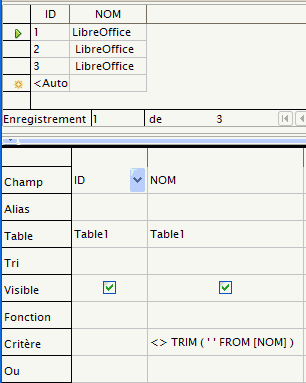