According to current Statutes 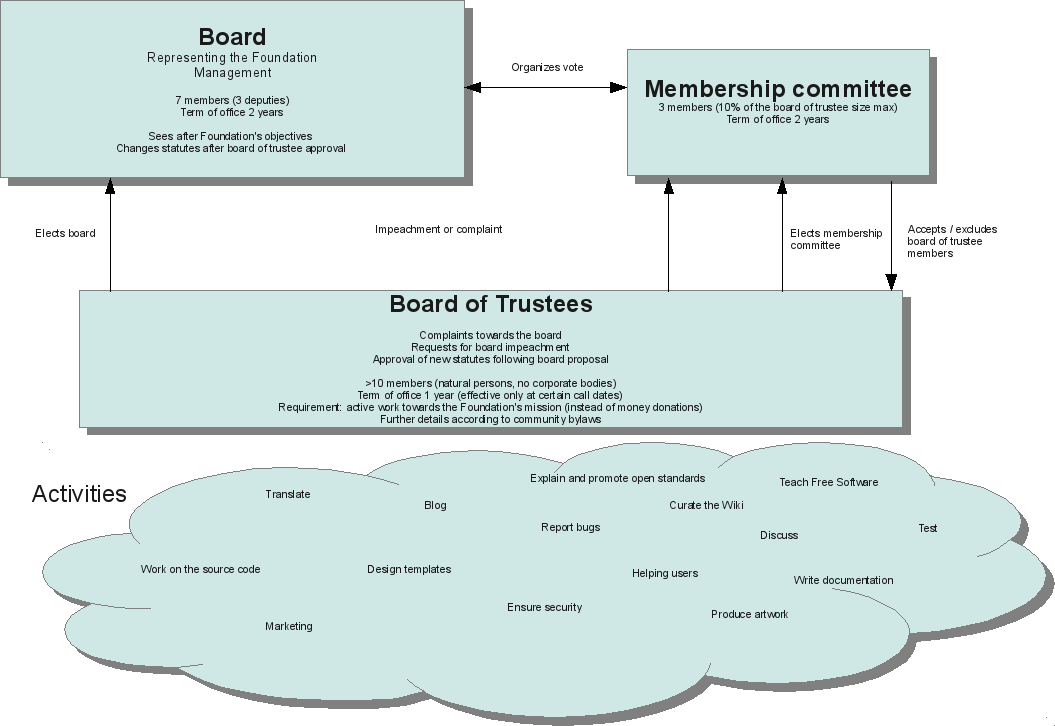 On this page we describe the organization of The Document Foundation (TDF) as it is in construction for now. The depencies of the inner side of the TDF will described by the CommunityBylaws. The official will be the German part in Community-Geschäftsordnung.
(Note that this chart places the MC as dependingon the board. That is not the case. The MC is elected by the Membership. Chart has to be improved Cornouws (talk))

Area of responsibility of the BoD

As of February 2020 the board has the following setup Board Members:

As of February 2018 the board has the following setup Board Members:

As of February 2016 the board has the following setup Board Members:

As of February 2014 the board has the following setup Board Members:

Area of responsibility of the MC

Area of responsibility of the ESC

Area of responsibility of the AB